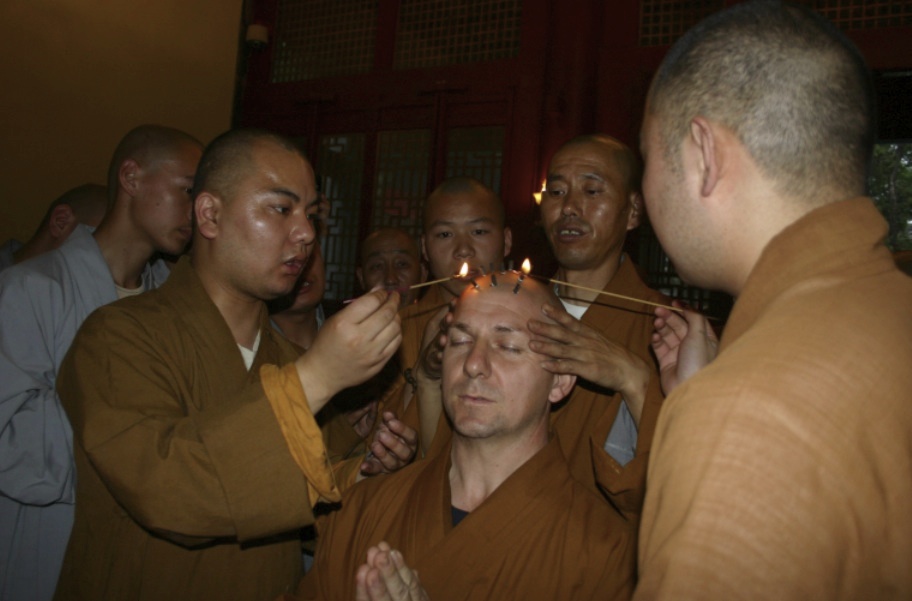 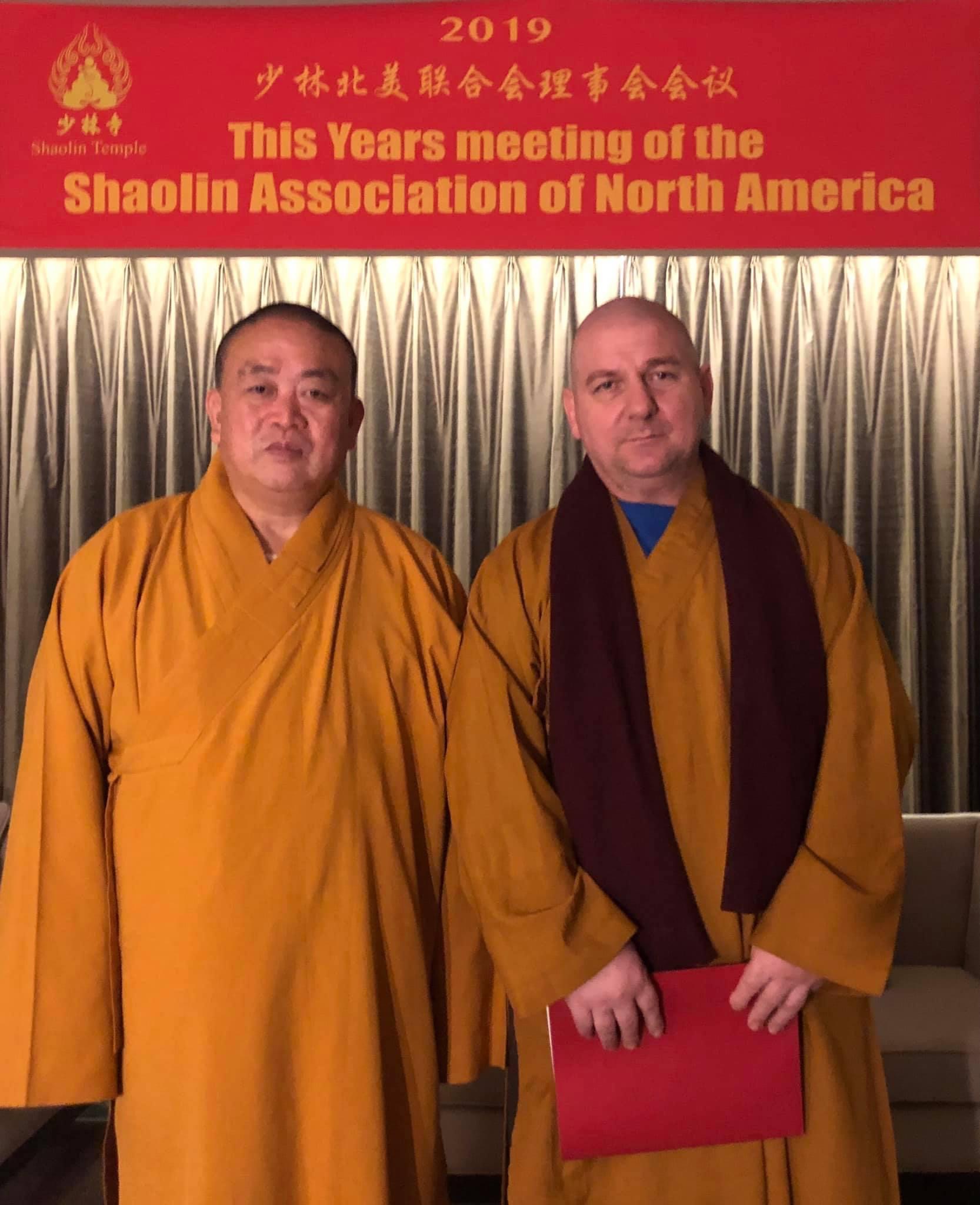 With the Grand Abbot Shi Yongxin 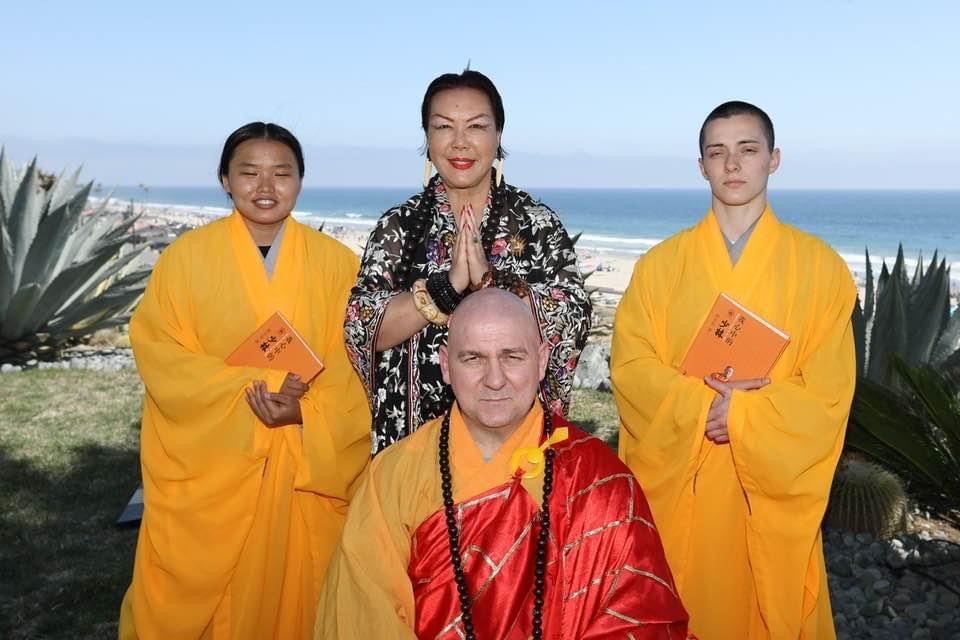 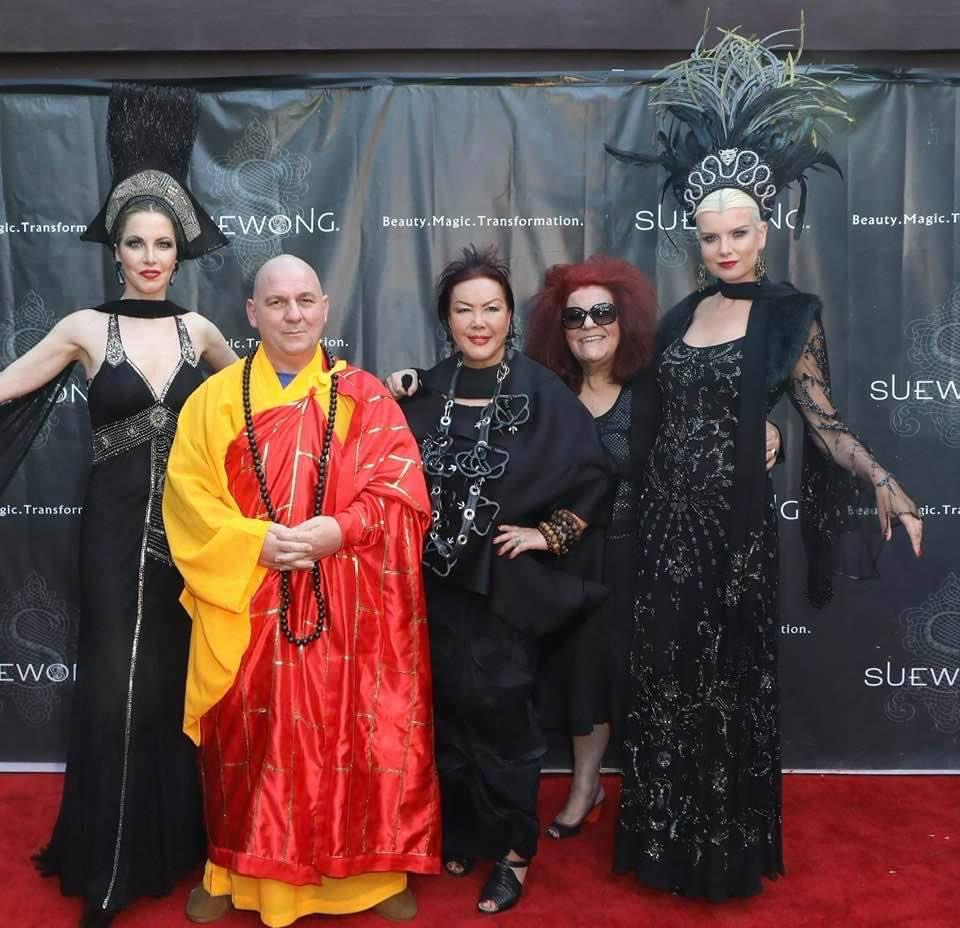 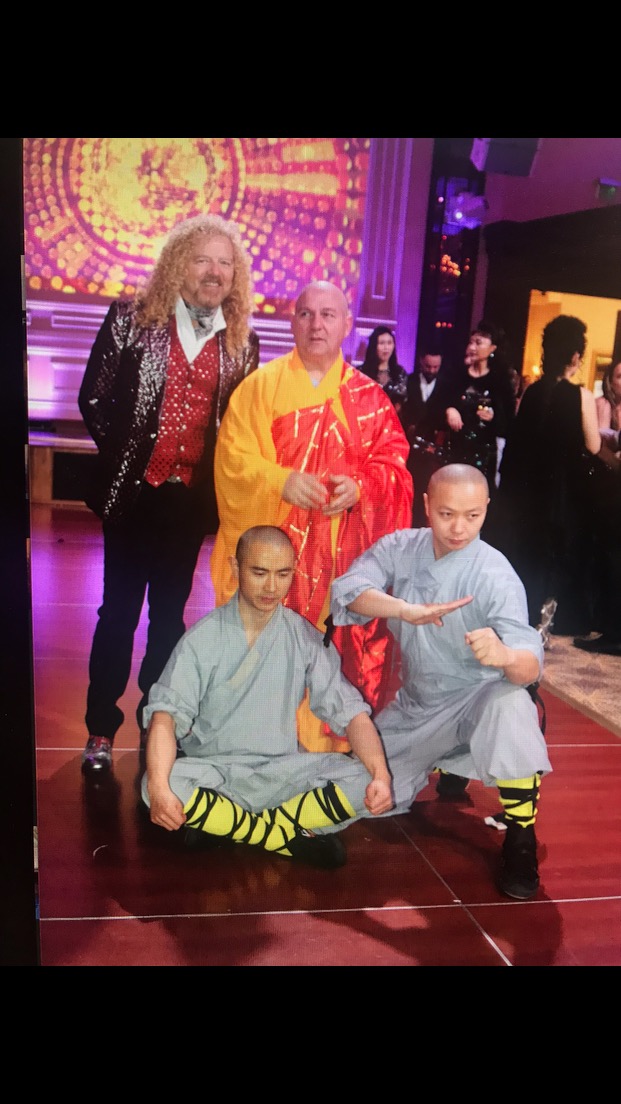 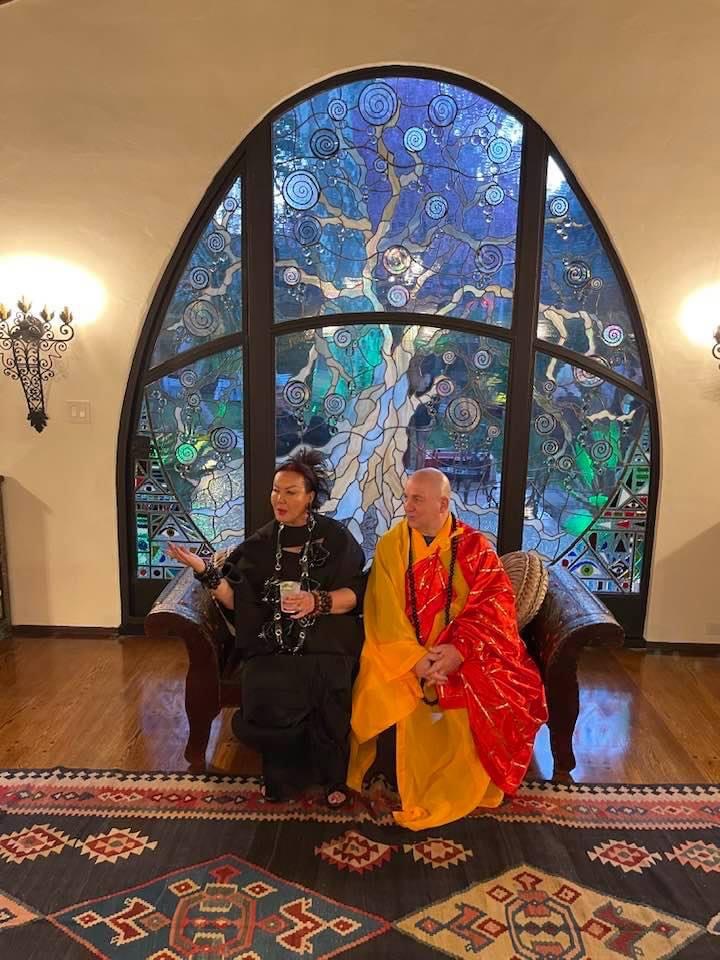 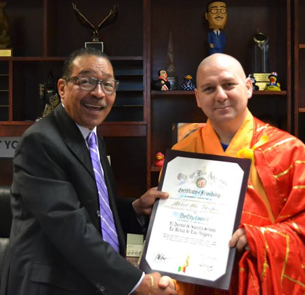 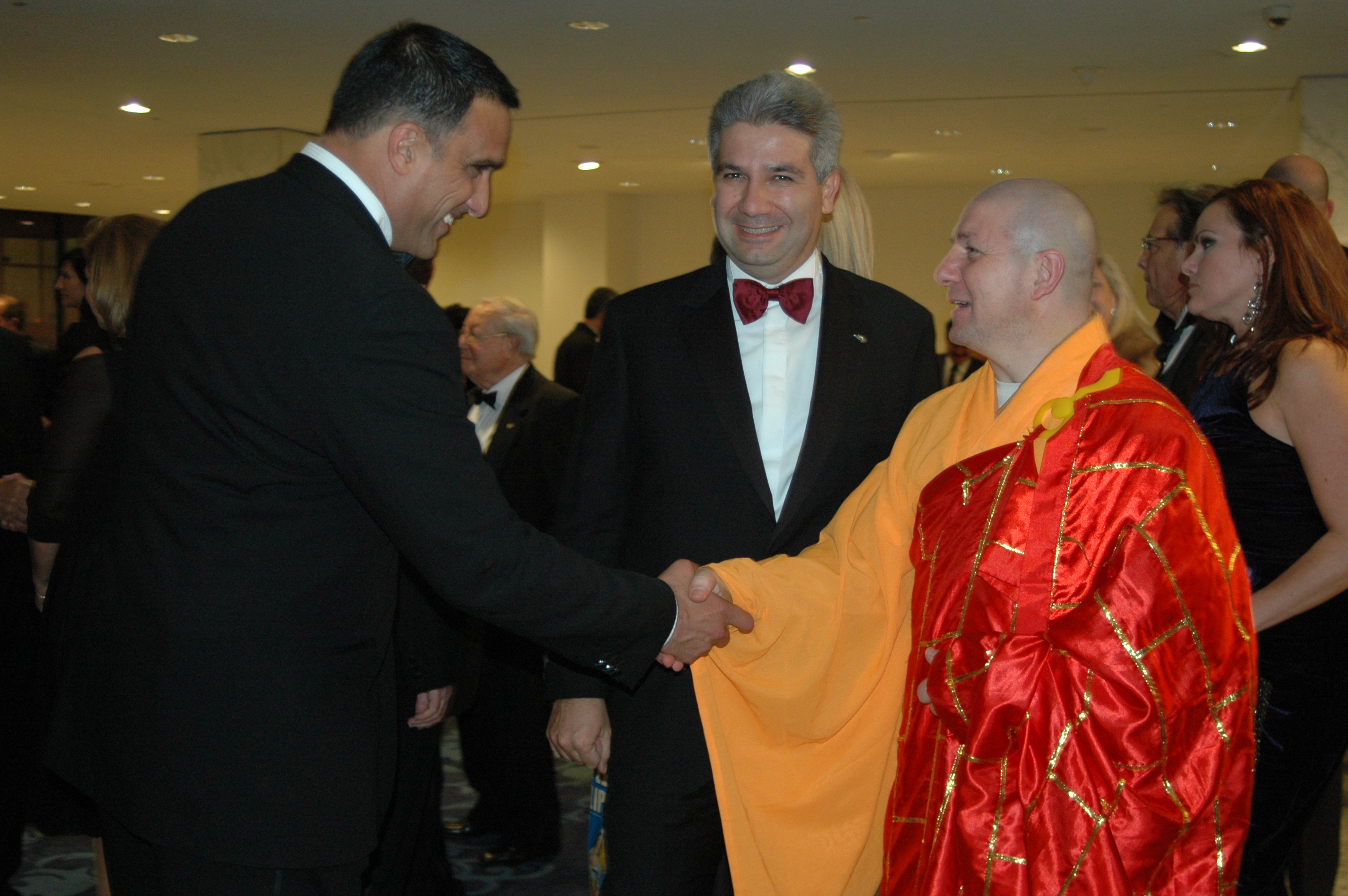 Who is the Ven. Abbot Shi Yan Fan

He is historically the first Westerner ever to be ordained into the elite ranks of the distinguished Shaolin Temple of China.

Venerable Abbot Shi Yan Fan is a 34th Generation Ordained Shaolin Warrior Monk. In 2010, the renowned Shaolin Temple of China was listed as a UNESCO World Heritage Site. Commissioned as the Cultural Ambassador and the first Jieba Ordained Westerner, Venerable Master Shi Yan Fan’s life mission is to educate people all over the world on the importance of peaceful & healthy living, daily exercise, and supporting the children of our future.

Venerable Abbot Shi Yan Fan, Franco Testini was born on October 7, 1966 in the small port town of Brindisi, Italy. He came from a poor family and was the youngest of eight children. He began his practice at the age of 7. By his early 20’s he took vows of becoming a Buddhist monk and committed himself to sharing the secrets of internal medicine with the world. The Venerable Abbot Shi Yan Fan has visited multiple countries around the globe donating his time and efforts to rebuilding communities. He has also helped raise money and supplies to donate as relief to many disaster stricken communities in Japan, China, and Haiti.

Exactly one day after the devastating 1994 earthquake in Northridge, CA the Venerable Abbot Shi Yan Fan arrived in the United States for the first time. “I don’t believe it was a coincidence that I came to Los Angeles on this day.” - Abbot Shi Yan Fan. With only forty dollars in his pocket and a monk’s bag with only a few articles of clothing he knew that this was where he was destined to be. The Venerable Abbot saw collapsed buildings, families living homeless in the streets, and severe damages for miles around. Without a second thought, he stepped in to help care for the injured victims, volunteered to clear broken debris, and brought fresh drinking water to the homeless. Regardless of the fact that he did not speak a word of english, he knew that pain and suffering was the same in every language. “I just want to help people who need help. Where ever my life takes me, this is what I want to do. I don’t want people to suffer and its even harder to see children suffering. I want to help children grow up happy, confident, and strong. When we give our all to support the children then our world will become a better place when they grow up to be good adults.” - Venerable Abbot Shi Yan Fan...

The following procedures are proper formal precedence and etiquette for receiving and introducing dignitaries of the Shaolin Temple. It is important that guests, hosts, and staff are aware that dignitaries from Shaolin Temple are holy clergymen who should be regarded with utmost respect. It takes practice to become comfortable in cross-cultural situations and to avoid offending others while maintaining the integrity of one’s role as a monastic.

Receiving Traveling out of state or internationally Entertaining Support/Charity
*Yan Fan Foundation is a nonprofit organization. Our 501c3 tax-exempt status is current with the state of California. Tax-deductible receipts may be available upon approval.